Is the lack of a good night’s rest the simple answer to your problems? Did you know there is such thing as World Sleep Day which falls in March to draw attention to the issue of sleep deprivation? New research shows that throwing off our body’s natural circadian rhythms over the long term can critically disturb the body and brain, causing weight gain, impulsive behavior, and loss of memory. (1) Increased risk of diabetes, high blood pressure and thyroid deregulation are also side effects of not getting the right amount of sleep at night.

Natural production of leptin, a hormone produced that triggers our “fullness” or satiety feeling, is lessened when we are sleep deprived while ghrelin, a hormone which triggers hunger, is heightened. Results of one study conducted at the University of Chicago in Illinois showed that when sleep was restricted, leptin levels went down and ghrelin levels went up, appetite increased proportionally, and the desire for high carbohydrate, calorie-dense foods increased by a whopping 45%. (2) Researchers suspect these cravings are due to the fact that your brain is fueled by glucose, therefore, when lack of sleep occurs, your brain searches for carbohydrates. When we eat carbohydrates, blood sugar levels increase. As a response, insulin is then released to manage concentrations of glucose, keeping it in optimal range. The American Diabetes Association reports that people who regularly do not get enough sleep can become less sensitive to insulin. (4) This increases their risk for diabetes and high blood pressure.

Sleep deprivation also can affect the thyroid. One study showed that after 6 days of only getting 4 hours of sleep, the normal nocturnal thyroid-stimulating hormone (TSH) rise was strikingly decreased, and the overall mean TSH levels were reduced by more than 30%. (3) TSH stimulates the production of T4 and T3 which fuels the metabolism of almost every tissue in the body. Dr. Nikolas R. Hedberg, author of the book “The Thyroid Alternative”, expresses any patients who suffer from insomnia and sleep problems also present with low thyroid symptoms and abnormal TSH levels. (5)

Lack of sleep can also result in difficulty recalling facts and information as well as reducing the ability to focus attention. Elizabeth Gould, lead researcher from a study done by the Princeton University concluded that sleep deprivation decreases neurogenesis by elevating stress hormones. (4) The stress hormones accumulate in a part of the brain called the hippocampus, which stops the growth of cells that lay down new memories.

There are four different stages of sleep, each one deeper than the last. During the deep stages of Non-REM sleep, the body repairs and regenerates tissues, builds bone and muscle, and appears to strengthen the immune system. REM sleep plays a key role in learning and memory. During REM sleep, your brain consolidates and processes the information you’ve learned during the day. So next time you want to pull an all-nighter to prepare for the following days work, you’ll be better off going to bed sooner in the night to wake up early the next day.

If you are taking certain medications, they may be interfering with your sleep. “Certain heart medications for blood pressure, arrhythmia, and angina have been reported to increase your change of insomnia and nightmares” says James Wellman, MD, medical director of the Sleep Disorders Center of Georgia in Augusta. (6) Patients taking stimulant-like medications for ADHD to boost alertness have been reported to spend more time in non-REM sleep and less time in REM sleep. (6) Of 25 drugs that are currently used to treat depression, 22 suppress REM sleep. (7) Medications used for asthma, pain relief, colds and allergies also can effect sleeping cycles.

Many people will try taking the hormone Melatonin as an aid used to help with going to sleep. Melatonin is naturally produced by the body. “Melatonin is a sleep and body clock regulator, not a sleep initiator” says Dr. Michael Breus, seen on the Dr. Oz Show (known as The Sleep Doctor). According to research conducted at MIT, the correct dosage of melatonin for it to be effective is 0.3 – 1.0 mg. Dr. Breus explains that many commercially available forms of melatonin contain 3-10 times the amount your body would need! In fact, there is some evidence that higher doses may be less effective. In Europe, melatonin at very high doses has been used as a contraceptive. (8) If you supplement with melatonin regularly your body’s natural production will lessen, creating even greater need for the hormone.

Tips for a better night’s rest:

Is it just the lack of sleep you are suffering from? Or is there something more important going on? Underlying deficiencies and toxicities can be determined with a comprehensive blood test which, in turn, can direct you towards the proper nutrients you need for your body. Get tested today and see how to enhance your body’s foundation towards optimal wellness… and a full night’s rest. 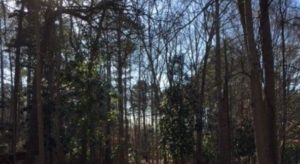