Fluoridation of water started in the United States in 1945 and despite a lack of FDA approval, continues today. Ironically, the year before water fluoridation began, the dental profession recognized and published two studies reporting fluoride’s harmfulness to dental health. The reports published in the Journal of the American Dental Association included more than 400,000 subjects, and concluded that tooth decay increases with water fluoridation. (1)

Yet, the U.S. Public Health Service still developed recommendations to add fluoride to drinking water claiming it prevents and controls dental cavities in the United States. The intended purpose of fluoridation is to “create low levels of fluoride in saliva to reduce rates of enamel demineralization while also increasing remineralization in the early stages of cavities”. (2) These beliefs are still used today for fluoride recommendations in the U.S. In 1994, the World Health Organization expert committee suggested a level of fluoride from 0.5 to 1.0 mg/L, depending on the area’s climate. (3)

Interestingly, rather than mandating fluoride treatment for the whole population, Western Europe allows individuals the right to choose, or refuse fluoride. Ninety-seven percent of Western Europe has chosen fluoride-free water. (7) France, Germany, Japan, Sweden, Denmark, Holland, Finland, India and Great Britain have all rejected its use after their health secretaries reviewed the negative evidence. (1)

Fluoride is an extremely neurotoxic chemical that is a poisonous to your body and interrupts basic functions of nerve cells in the brain and can lead to Alzheimer’s, atherosclerosis, infertility, birth defects, diabetes, and cancer. A recently published Harvard University study concluded that children who live in areas with highly fluoridated water have “significantly lower” IQ scores than those who live in low fluoride areas. (4)

Not only are there detrimental side effects of the chemical itself, but the fluoride added to water supplies can also be contaminated with lead, arsenic, aluminum and other industrial toxins. It’s hard to comprehend the resistance by the medical and dental communities to acknowledge the connection of toxic chemicals like Fluoride with the obvious increases of cognitive and behavioral issues in adults and children such as ADD, ADHD, depression and learning disabilities.

Dental fluorosis is another concern of fluoride contaminated water. Children 8 years and younger can develop dental fluorosis as their permanent teeth are developing under the gums. Fluorosis changes are visible on the tooth’s enamel. These changes can present mildly as white spots or in a more severe form as staining and pitting.

According to the CDC, about one-third of U.S. children between 12-15 years old have very mild to mild forms of enamel fluorosis on their teeth. (5) The CDC recommends to use an alternative source of water for children 8 years and younger if your primary drinking water contains greater than 2 mg/L of fluoride. (6)

The majority of fluoride exposure comes from tap water, toothpaste, mouthwash, antibiotics, and in foods that easily absorb chemicals, such as potato skins, white grapes and strawberries. Commercial iceberg lettuce, raisins, tomatoes, and cabbage are other sources of highly contaminated foods. The presence of fluoride can also be found in beverages and processed foods which are manufactured with fluoridated water.

Pesticides present another significant source of fluoride exposure. There is a large variation in exposure levels, making it impossible to accurately predict toxic variables for any person, family or community.

According to the National Academy of Sciences, fluoride is not a nutrient, meaning it is not needed for the prevention of any disease, including tooth decay. Fluoride is an accumulative toxin that, over time, can lead to significant health problems.

Preventing tooth decay and cavities can be done in a healthier way. 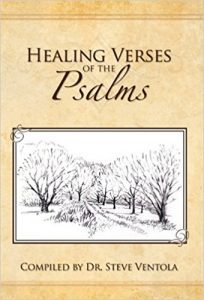